Blue System was a German pop group that was founded by Dieter Bohlen (Modern Talking) in 1987. 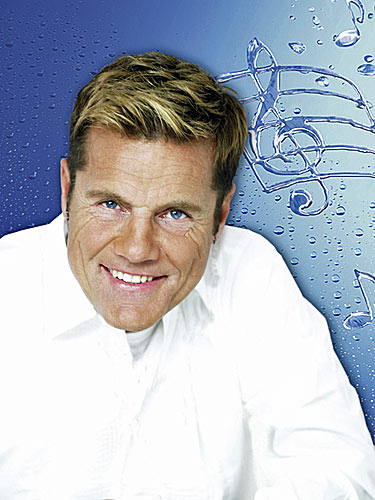 Following the dissolution of his successful dance-pop duo Modern Talking, composer and producer Dieter Bohlen turned his attention to a new solo project which he dubbed Blue System; also assuming vocal chores, he debuted in 1987 with the single "Sorry Little Sarah," soon followed by the full-length Walking on a Rainbow. While early Blue System efforts like 1989's Body Heat, 1990's Obsession, 1991's Seeds of Heaven and 1992's Deja Vu were all produced with the aid of longtime collaborator Luis Rodriguez, beginning with 1994's X-Ten Bohlen took total creative control, heralding a shift away from the Eurodisco of past records to move into techno and house. Forever Blue followed a year later, but after 1996's Body to Body Bohlen officially reunited with former partner Thomas Anders to reform Modern Talking, with the duo issuing Back for Good two years later. ~ Jason Ankeny, All Music Guide

Dieter was the son of Edith and Hans Bohlen. He has a sibling, a younger brother named Uwe. He was educated in Oldenberg, Gottingen and Hamburg, culminating in an Economics degree. Bohlen was married to Erika Sauerland from 1983 to 1994 and has four children from this marriage, Marc, Marvin Benjamin and Marielin. Even before he was legally divorced, he lived with - but never married - his new girlfriend Nadja Abd el Farrag, nicknamed Naddel, a pharmaceutical laboratory assistant; she was a background dancer for Blue System at that time. In 1996, he married model and singer Verona Feldbusch but divorced her after thirty days, propelling Verona to celebrity status (she went on to host television shows such as Peep and Veronas Welt). After breaking up with Verona, he eventually returned to Naddel, but the two split up again in 2000. Bohlen and Naddel both confirmed that Bohlen suffered a penile fracture at one of their encounters.[5] Later, Bohlen lived with the 1979 born model Stefanie Kuster until 2006. They have one son, Maurice, born mid-2005. He met his current girlfriend Carina in Majorca, Spain, where one of the casting events for Deutschland sucht den Superstar (the German version of Pop Idol) was held. Amelie, was born in 2011, their first child together and Bohlen's sixth child. Bohlen lives in the village of Totensen near Hamburg.